A Celebration of Endings and New Beginnings 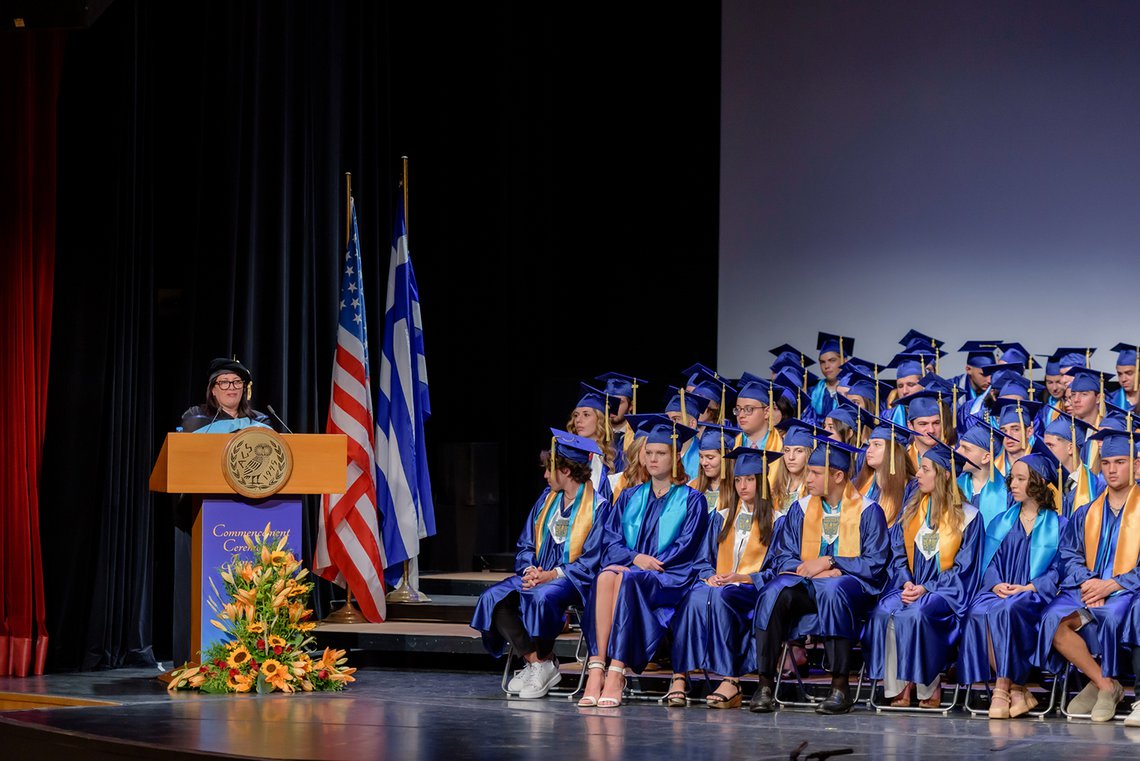 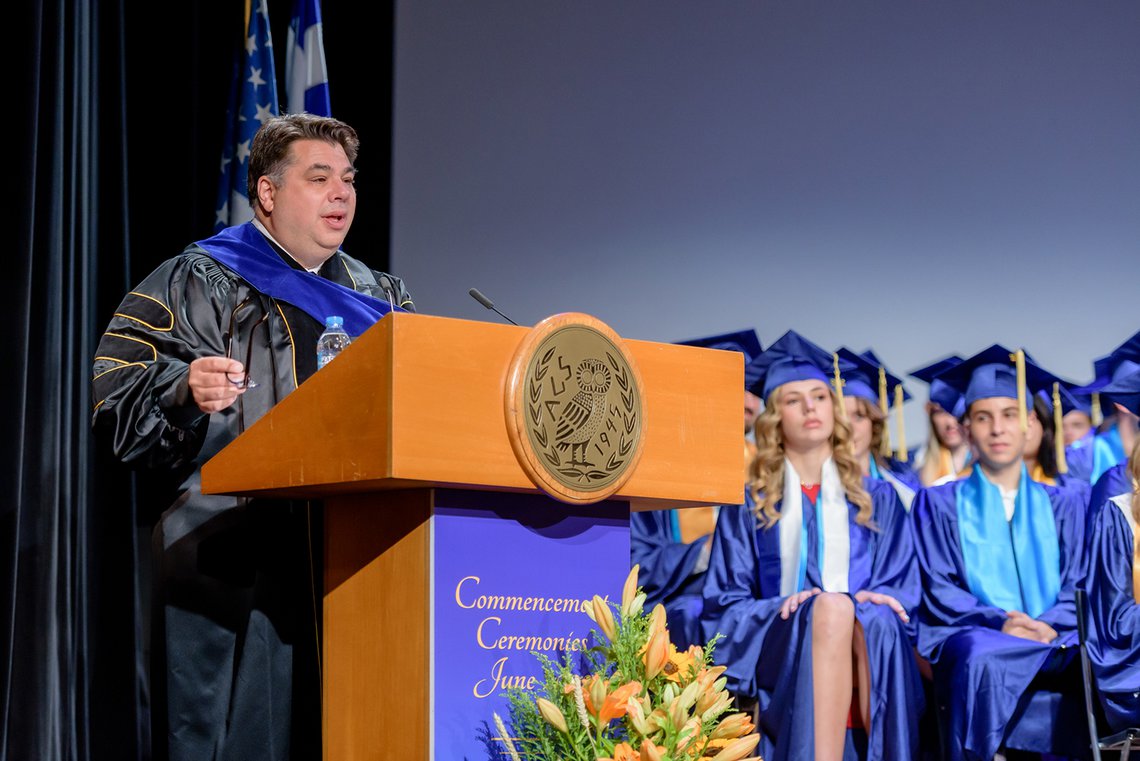 His Excellency, George James Tsunis, U.S Ambassador to the Hellenic Republic of Greece 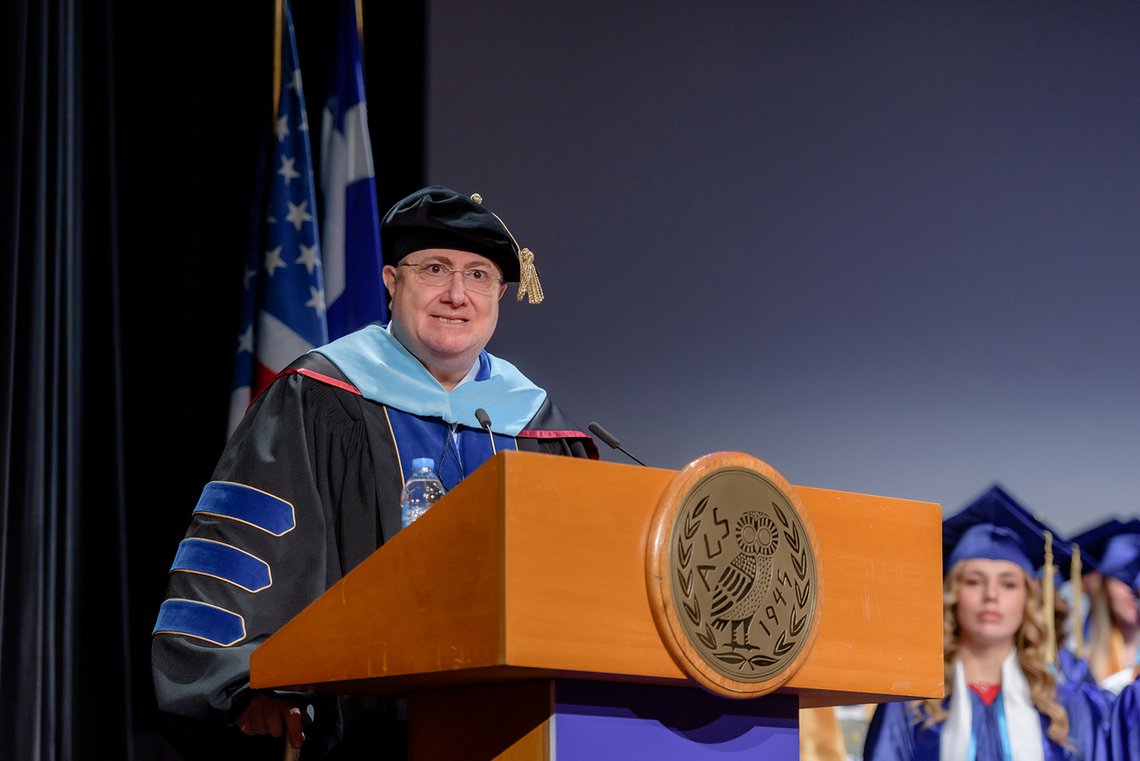 Suheil Sabbagh, ACS Athens Chairman of the Board 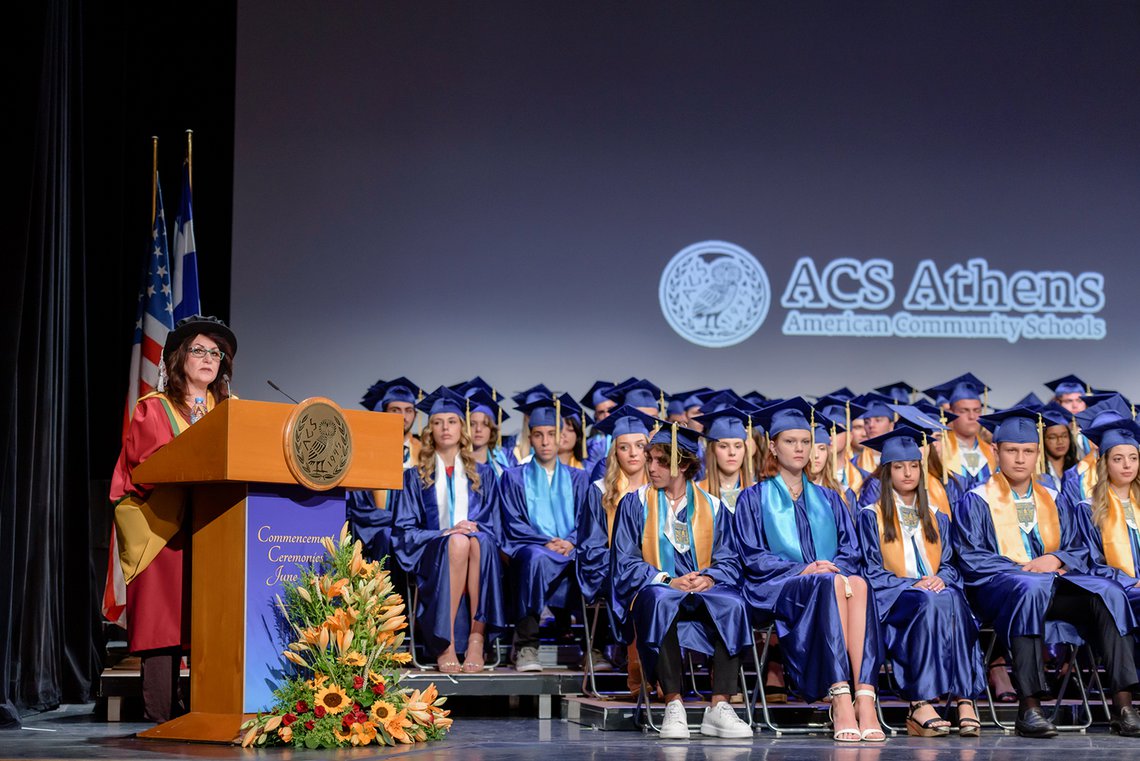 ACS Athens celebrated the Graduating Class of 2022 during the Academy Commencement Ceremony which took place on Friday, Jun 17, 2022.

Faculty, students, and parents alike were all overjoyed to be back on campus again to celebrate the ACS Athens Class of 2022 Commencement Ceremony.

The evening was alive with positive energy and excitement as the entire Academy community watched the graduates pass the threshold towards all the amazing next steps in their academic future.

This year’s Keynote Speaker was Ms. Kam Chohan, Executive Director of ECIS (Educational Collaborative of International Schools), who spoke of hope and love and how she believes that they are essential to all that we do. She also applauded the school for initiating the Youth to Youth Project. Addressing the Class of 2022 - she said, “This is your moment of change - together we can create a culture of hope and change. Your world needs you.” She spoke to the graduates about the many obstacles that they will need to overcome on their journey; climate change, loss of biodiversity, poverty, corruption, and war, but assured them that “we will get there, and as you do, take others with you, inspire them, and we won’t give up until we inspire everybody."

Distinguished guest speakers attended the ceremony, each taking turns to congratulate the graduates and offer their own words of wisdom. Among them was His Excellency, George James Tsunis, the U.S Ambassador to the Hellenic Republic of Greece, ACS Athens Chairman of the Board, Mr. Suheil Sabbagh, and Home Project CEO, Ms. Sophia Kouvelaki.

The evening’s honorary speaker, U.S Ambassador Tsunis addressed the graduates: “To the graduating class of 2022, I know it’s a cliche to say that these are the best years of your life, but trust me, they are. You’ve been through a lot - you’ve shown tremendous resilience and that’s going to help you a lot in college."

Ambassador Tsunis went on to share a bit of his story with the graduates, a story that he admits ‘is not unique,’ but speaks of the Greek spirit and the opportunity of America and its dream.  “It’s about chasing your full potential and working to make the world a better place,” he remarked. The Ambassador urged the graduates to be grateful to their teachers as they’re walking out the door - because they deserve it. He closed his address with some valuable words of advice; “work hard, pursue your passions, expand the horizons of your life, dream big, go for it, serve others, and do well by doing good.”

ACS Athens President Dr. Peggy Pelonis began her address by saying, “Tonight we celebrate learning - an ending and a beginning. Nothing should be taken for granted, certainly not the value of freedom, democracy, and human rights, values that transcend history, country, and people - they are what makes us human."

Dr. Pelonis  spoke of the Greek ideal of Paideia that embraces a holistic approach to education and concluded with a quote from James T. Adams; “There are obviously two educations, one should teach us how to make a living and the other how to live.”

This year also marked another important milestone in the history of ACS Athens. Among the graduates of  2022 were four Youth-to-Youth students. Ms. Sophia Kouvelaki, CEO of the Home Project Organization  and Commencement guest speaker, spoke of the interconnectedness of our society and the need to build communities to support each other. “You are graduating from one of the top schools both nationally and internationally, you have access to opportunities, you have choices, and this is the greatest freedom."

The Academy Principal, Mr. David Nelson, concluded with his address to the graduates. Mr. Nelson, surprisingly, did not have advice for the Class of 2022. Instead, he offered them a gift, “a tool that has been in your back pocket since childhood; and that is the power of asking a more beautiful question. Questions will help us pause and look deeper. Questions allow us to explore possibilities and widen our perspectives. Questions open space for creativity and they invite us to wonder." And with that, he asked them to go out into the world and find their most beautiful questions.

This year’s Academy Commencement was a particularly emotional and exciting event that brought together students, faculty and families who came to celebrate in the most significant event of the academic year. Students were recognized by the school for their academic, and social achievements with awards and special mentions.

Congratulations to the ACS Athens Class of 2022!

3 hours in 12 minutes: The legacy of the 2022 Academy Commencement