The 2020 International Youth Basketball Tournament was a great success! 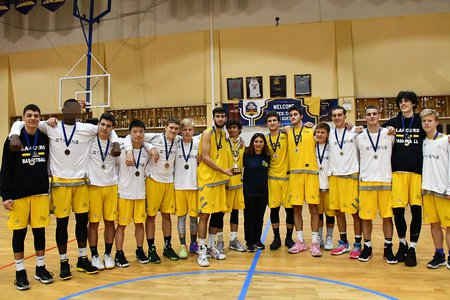 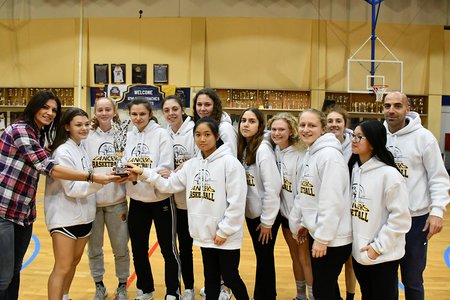 The International Youth Basketball Tournament that took place at ACS Athens on February 21, 22 & 23 was completed with success and was a great experience for all participating teams! Our Lancers teams had the opportunity to play some tough games and test their potential prior to their upcoming ISST Tournaments.

Below you will find the game results of our teams:

Four of our athletes were selected in the All-Star Tournament Teams; Manolis Konialis & George Soukakos from our Boys team and Elena Bosgana & Georgia Grigoropoulou from our Girls Team. Furthermore, our athletes Artemis Kouki & Petros Papadimitrakopoulos were the winners of the skills contest, and Ornela Muca was the girls winner of the 3point contest.

All awards were presented by Ms. Evina Maltsi (Greek Basketball National Team Captain, ex-WNBA player & Olympic athlete) in the presence of the ACS Athens president, Dr. Peggy Pelonis and Mr. Samir Sabbagh. We would like to thank our ACS Athens Community for the support during this exciting Tournament and to once again congratulate all Athletes and Coaches!