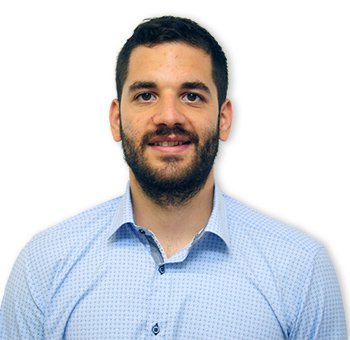 Argyris Oikonomopoulos was born in Athens, Greece and completed his Bachelor's Degree in Philosophy, Pedagogy and Psychology from the National and Kapodistrian University of Athens. After his studies, he earned a Specialization Certification in Support and Interventions in Attention Deficit and / or Hyperactivity Disorder from Unicert (collaboration with the University of Piraeus Research) and participated in a seven month long Intercultural Education seminar from the University of Aegean. He is currently in the process of obtaining his Master's Degree in Special Education Needs from the Metropolitan College of Athens.

Mr. Oikonomopoulos has been working as a Special Educator since 2017 and taught Greek Language to refugees, through the Metadrasis NGO, in Tavros (2018). Before working as a Shadow Teacher at ACS Athens for one year, Argyris provided Special Education support through the Specialized Speech/Language and Counselling Center of Kamatero, Athens. This will be his second year in the OLP Aide Test Supervising position at ACS Athens.