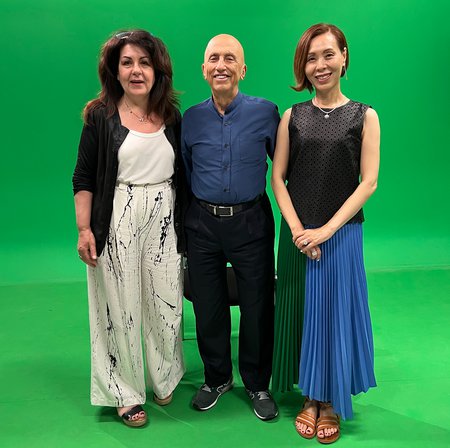 Known as the astrophysicist who connects philosophy with science, Dr. Menas Kafatos visited the ACS Athens campus, with his wife Dr. Keun-Hang Susan Yang (Professor of Computational Neuroscience and Bioscience) to be interviewed for the Institute's Knowledge Series. Dr. Kafatos is a renowned astrophysicist and the Fletcher Jones Endowed Professor of Computational Physics at Chapman University, which is also a partner school with ACS Athens.

Dr. Peggy Pelonis was very keen on learning more about Dr. Kafatos' extensive work on how consciousness affects the cosmos and his research on climate change. Stay tuned for his Knowledge Series interview on the workings of quantum mechanics which will be aired soon.