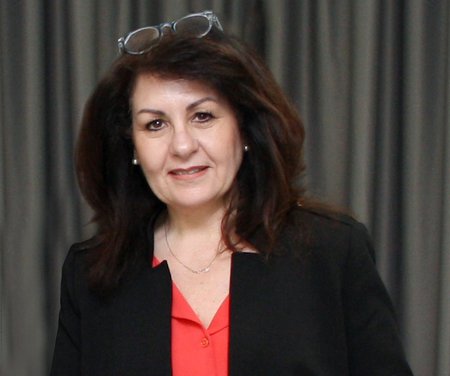 Following the loss of our beloved President, Stefanos Gialamas, who passed away on October 18, 2019, we would like to inform you that the ACS Athens Board of Trustees met on October 19, 2019 and unanimously agreed to appoint Dr. Peggy Pelonis as Acting President of ACS Athens until the end of the current academic year.

The Board, comprised of individuals who are experienced leaders in a variety of fields, many of whom are ACS Athens parents themselves, is highly invested in the smooth continuation of school operations and ensuring that ACS Athens continues its pursuit of excellence. Their number one priority is the students.

The Board is confident that Dr. Pelonis will lead expertly and that all of the school administration and faculty will support her completely.

Dr. Pelonis, raised in Los Angeles, California earned a Doctorate degree in Education from the University of Bath, UK, an M.Sc. degree in Counseling and School Psychology from California State University, Fullerton, an Executive M.B.A. from the University of Indianapolis and a B.S. in English Literature and Psychology from the American College of Greece. She is a Licensed Psychotherapist and holds School Counseling Certification from the State of California. She is also a National Certified Psychologist.

Her Doctoral work involved examining the views of Heads of Schools and Principals of international schools from around the world regarding professional development in their schools. Dr. Pelonis has been with ACS Athens since 1995 (24 years), beginning as Dean of Student Affairs and working up through the administration ranks, to her most recent position as Vice President of ACS Athens, appointed in March 2019.  You may find a more detailed bio here.

The ACS Athens Board of Trustees assures that the vision of Stefanos Gialamas will continue intact. Please join us in wishing Dr. Pelonis success in her new role as Acting President at ACS Athens.

on behalf of the entire

ACS Athens Board of Trustees