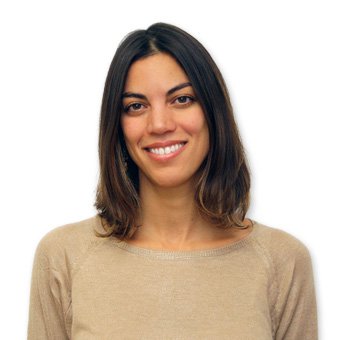 Ms. Dimas holds a Bachelor of Arts in Art History from the American College of Greece with High Distinction and a Master's degree in Museology from the University of Leicester with a concentration in Museum Education. Ms. Dimas received her teaching certification from the state of Florida, and has completed the educator preparation institute at NCATE, the accredited Professional Education Unit of the University of West Florida. Recently, she embarked on her doctoral degree in Educational Leadership at the University of Glasgow. Prior to joining the ACS Athens Faculty, Ms. Dimas worked from 2009 - 2012 with school and family groups at the Hellenic Children's Museum in Athens, specializing in inquiry-based learning and constructivist teaching models. Ms. Dimas was born and raised in Washington, DC.

Ms. Dimas has taught kindergarten for two years and third grade for three; this will be her fifth year as a fifth grade teacher. In addition to teaching, Ms. Dimas has contributed to ACS Athens across the grade levels. She spearheaded the ‘iteach2’ project together with Ms. Sophia Moros in the second grade, and the Writing in Action workshop with Ms. Amalia Zavacopoulou for middle school students. For seven years, Ms. Dimas has served as advisor to the Forensics academic team, Group Discussion, where she works closely with high school students to realize their potential as conscious and active members of an ever-changing global community. She was also the advisor to the ACS Athens Elementary School Honor Code for six years and the Middle School/Academy TED-Ed Club the last two years.

Ms. Dimas has presented at multiple workshops and conferences over the last few years. In 2013, she presented the ‘iteach2!’ initiative at the 8th annual Conference on Learning Differences (Innovative Teaching and Inclusive Learning) together with Ms. Sophia Moros. Ms. Dimas and Ms. Moros also represented ACS Athens at the ECIS Early Childhood Conference in Zurich, showcasing the implementation of ‘iteach2!’ as a learning tool in elementary school classrooms. In September 2015, Ms. Dimas was invited to speak at the Smithsonian Institute in Washington D.C., at the annual International Council of Museums Conference on Education and Cultural Action. Here, she shared her work on the implementation of informal education learning techniques as teaching tools in a multicultural classroom setting.

At the ACS Athens Colloquium in 2016, Ms. Dimas presented a Morphosis Talk together with Ms. Amalia Zavacopoulou. Under the heading of Teaching Writing to Think and Learn, she and Ms. Zavacopoulou analyzed the project "Making Stories at the Acropolis Museum," which they had designed for the high school Honors Humanities course together with Ms. Kathy Jasonides. The initiative merges the writing process, informal learning resources, the course syllabus, and student ingenuity in order to reach its end goal.

Ms. Dimas recently wrote an essay, "Improving Multicultural Learning through Interpretations and Interactions with Museum Educational Practice," which was published in the Journal of Visual Literacy. In 2018 she served as the guest editor for a double issue of the same journal. She has also completed the Critical Friends Group Coaches Training and is an accredited coach for the National School Reform (NSRF). The last three years Ms. Dimas has been an internal coordinator for the ACS Athens Accreditation process.