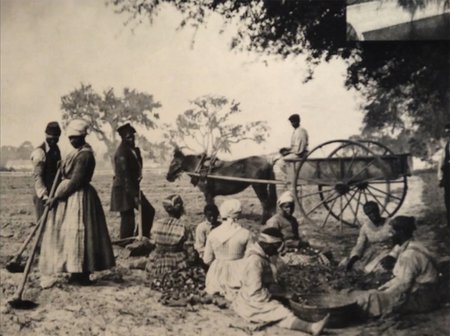 ACS Athens Academy students Reign Alana Burke, Natalie Wollen and Peppi Gustafsson, took it upon themselves to highlight the importance of Black History Month and raise awareness in the community – true examples of architects of their own learning.

In their self-created documentary, the ACS Athens Academy 10th graders highlight the goals of Black History Month, define macroaggressions, discuss the power of language, introduce the goals of Historical Black Colleges and Universities (HBCU), and emphasize organizations that support civil rights, such as the modern Black Lives Matter movement. The video was shown to all students in  10th grade as part of their study of American Studies.

Reign Alana Burke is from Mississippi and is a sophomore at ACS Athens. Through the creation of this video, she sought to celebrate Dr. Martin Luther King Jr. and wanted to increase awareness in the community, especially after seeing the events had gained little attention within the community. When Natalie reached out to Reign with the same concerns, they collectively, including Peppi, created this video to spread awareness. Reign looks forward to seeing the awareness spread so that all students can truly feel appreciated.

Natalie Wollen is a sophomore at ACS Athens who just moved to Athens from NYC. She is very interested in political issues and is always trying to speak out about racism, sexism, homophobia, and any other problem she sees in the world. When she realized that the school didn't have school-wide plans for Black History Month, she decided to take it into her own hands and asked Reign and Peppi for support. She hopes everyone takes the time to watch the video and can learn something from it!

Peppi Gustafsson is a sophomore and also new to ACS Athens this year. When she heard about creating a video for Black History Month, she wanted to get involved. She felt that people needed to recognize and understand the value of black history, the significance and impact of language, and stay up to date with current political issues. We should all do our part, and she hopes that everyone can gain motivation and further educate themselves on black history and its importance through the video.

Commenting on the documentary, Mr. David Nelson, Academy Principal, expressed his enthusiasm: "I'm so impressed by the work that these students have done, on their own time and with their own initiative. They combine careful research and advocacy to convey their findings and to increase awareness in our community.  The diversity that is ACS Athens is one of our strongest qualities, and we must constantly strive to ensure that everyone feels welcome, included, and valued as a member of ACS Athens."

Congratulations to the students, whose initiative and hard work show they really are architects and advocates of their own learning!