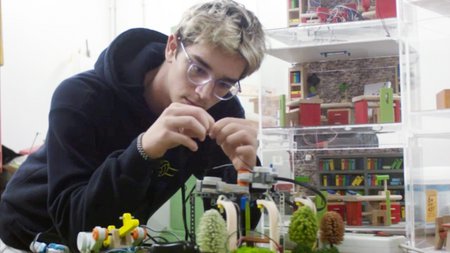 This documentary focused on Jason and his relationship with robotics, a connection that started five years ago at ACS Athens, as his mother points out:

"Jason's first contact with robotics came about when he changed schools and joined ACS Athens. Being a new student, his father and I encouraged him to join a club so that he would make new friends and blend in the new school environment."

The documentary film also highlights Jason as he is working in the Incubator at ACS Athens and also spending time with his fellow students on campus.

Kudos to Jason for his achievements and for being an inspiration to our exceptional students!