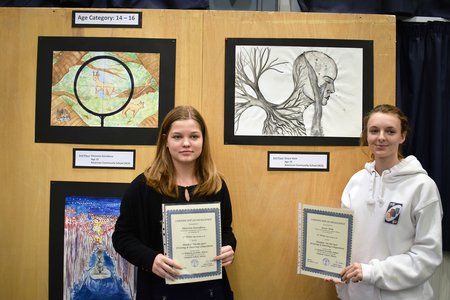 Earlier in November, ACS Athens participated in the Shankar “On-The-Spot” Drawing and Painting Competition, an event organized by the Indian Embassy, and hosted at Campion School.

ACS Athens took place in the competition with students representing all four age groups, impressing the judges "with the high quality of the artwork, which demonstrated creative ideas and varied techniques”.

In the 14 - 16 age group, ACS Athens won 2 awards with Lisa Korsakova who ranked second and Grace Hom who ranked third - congratulations to both for their amazing distinction!

ACS Athens also congratulates all students representing the School on their artistic creativity and endless inspiration: