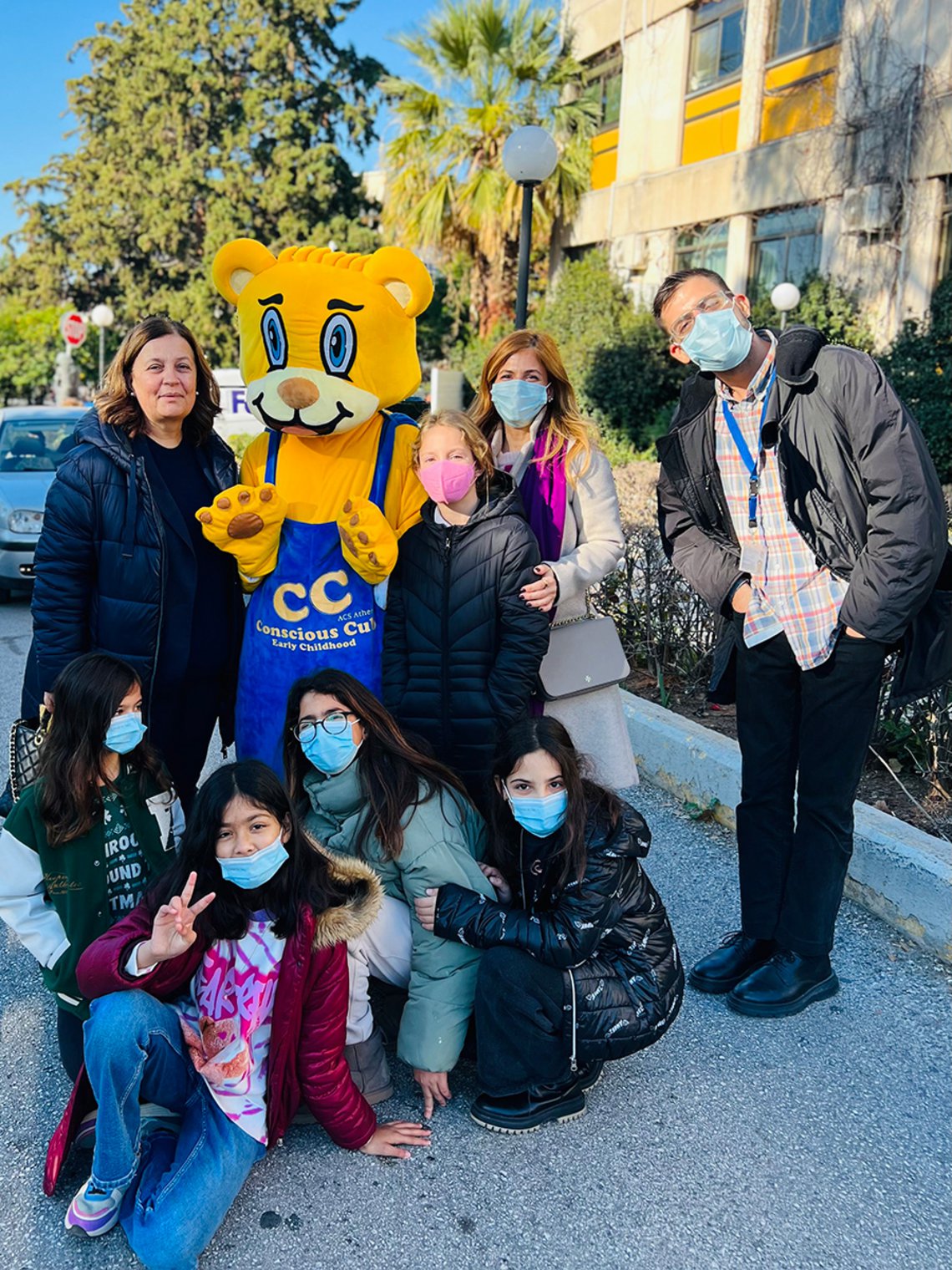 On Thursday, December 22, 2022, the Stars Club visited Paidon Children’s Hospital Agia Sofia and delivered toy donations that were raised during the Stars Giving Event. The club successfully raised over sixty new toys for children who will spend this holiday season in long-term care. The fifth-grade student members of this club stated that “people tend to lose sight of the deeper meaning behind the holiday season.” That is why they are determined to spread the holiday spirit of giving to those in need and less fortunate than them.

As true believers of the Star’s Club mission and cause, Mr. Chalvatzaras, Ms. Zoe, and Conscious Cub also joined our club members at the hospital.

The Stars Club would like to graciously thank all those who donated presents during the Stars Giving event. One club member stated, “Wow, this event really did spread a positive spirit all around! Did you see all the smiles today?”

“I couldn’t be more proud of their desire to change the narrative of the holiday season from overindulgent food buffets and asking for unnecessary gifts to more joyful and healthier gatherings, all while creating school spirit events. The Stars Club is unquestionably designating conscious acts of kindness to model the deeper meaning of conscious global citizenship". 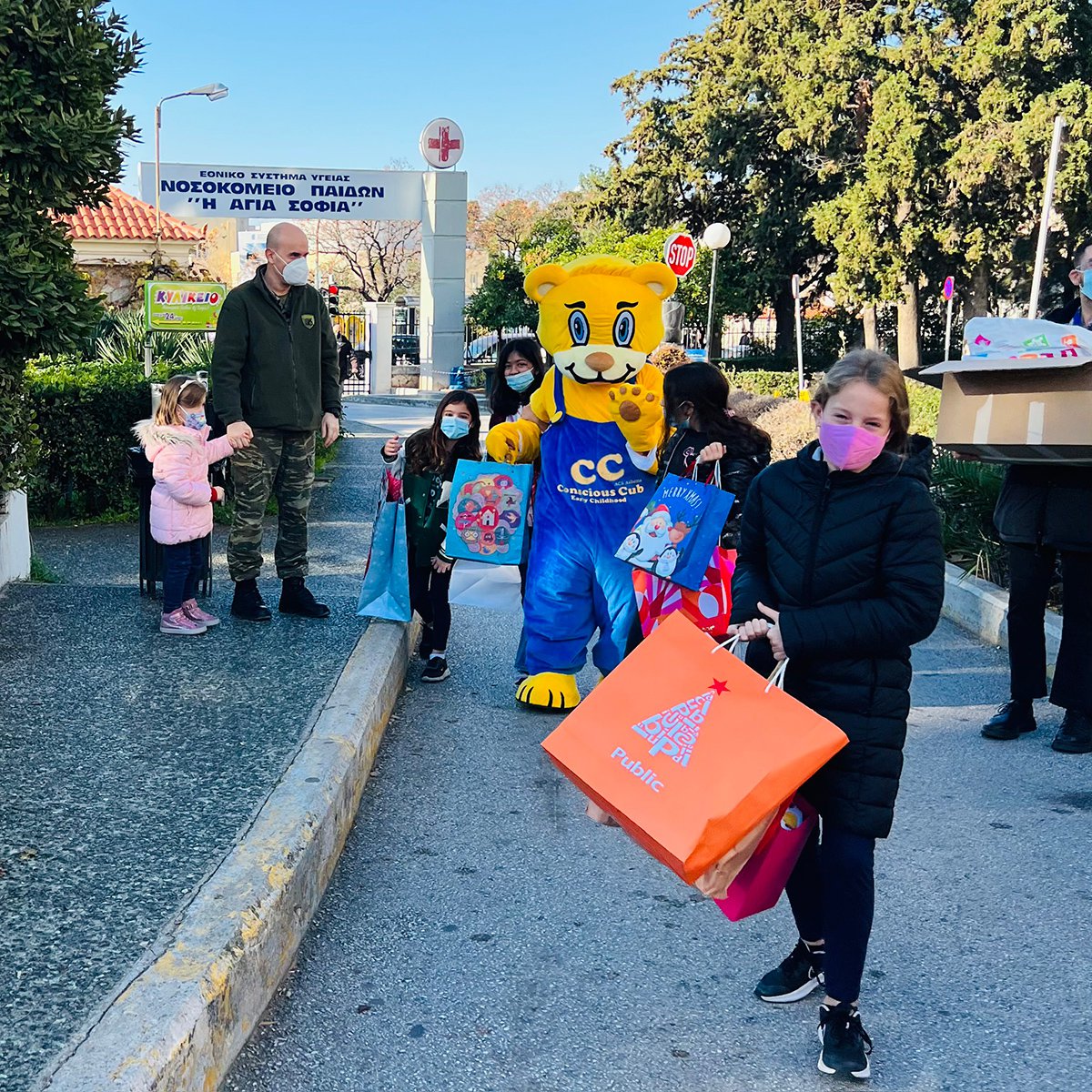 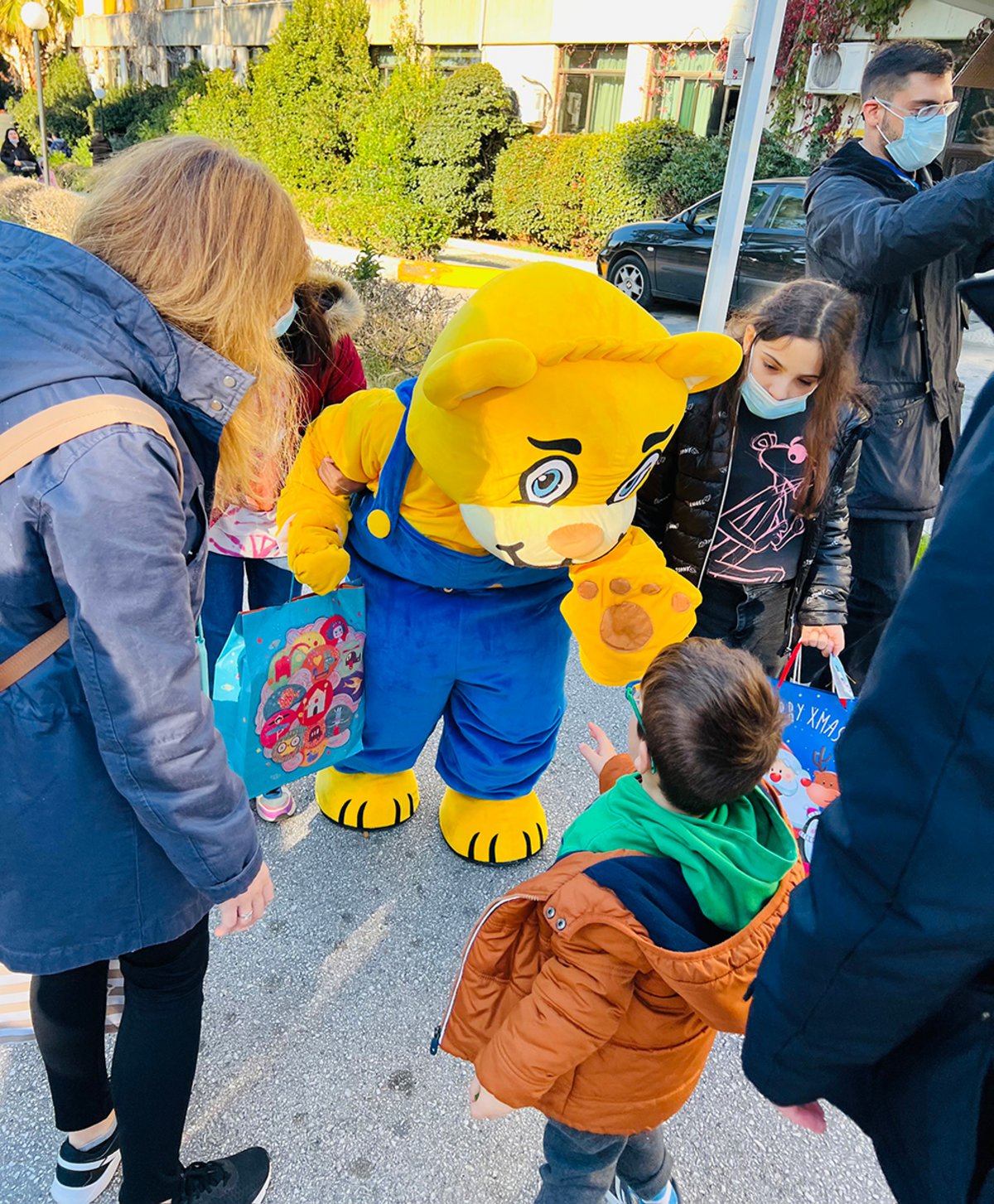 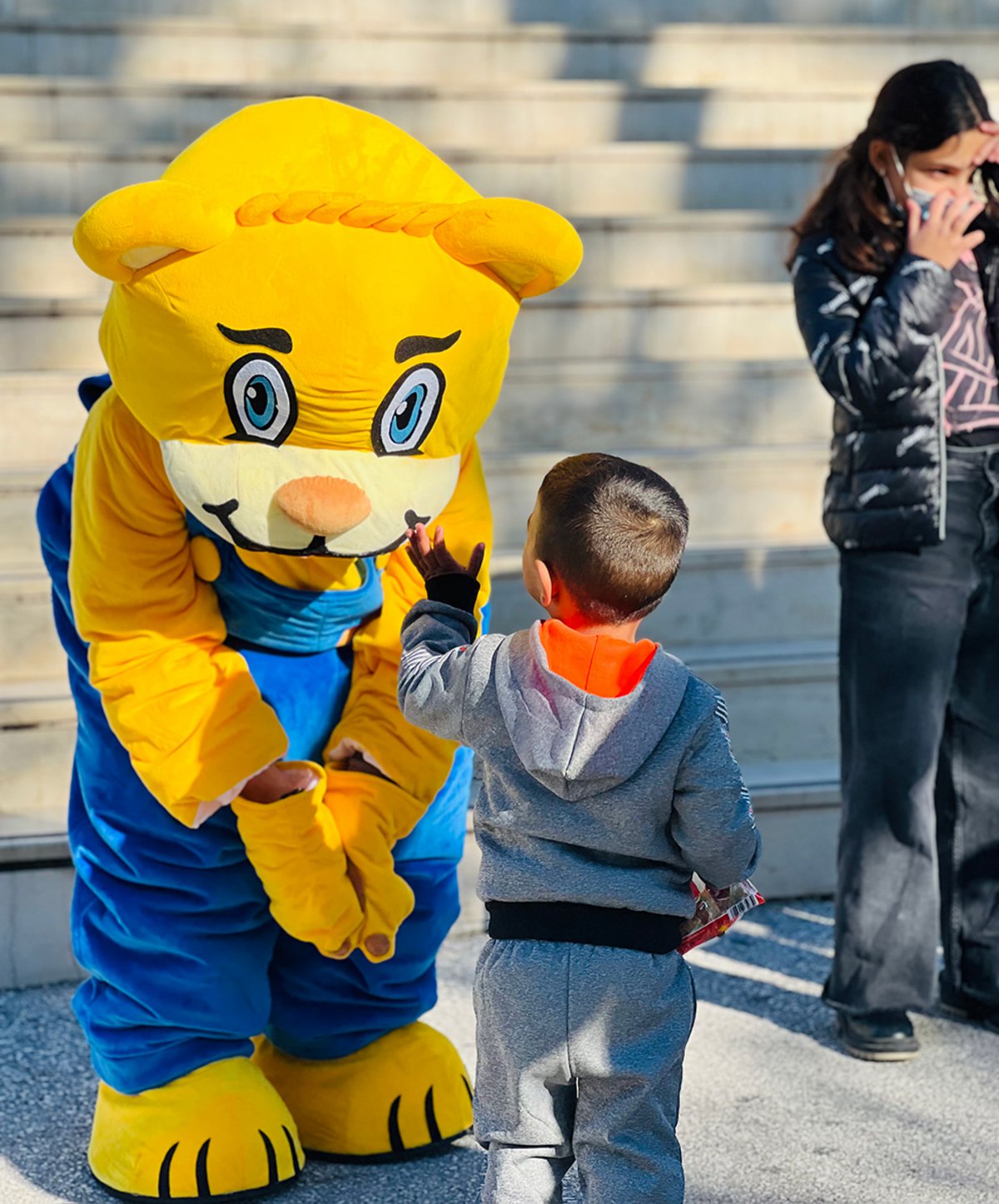 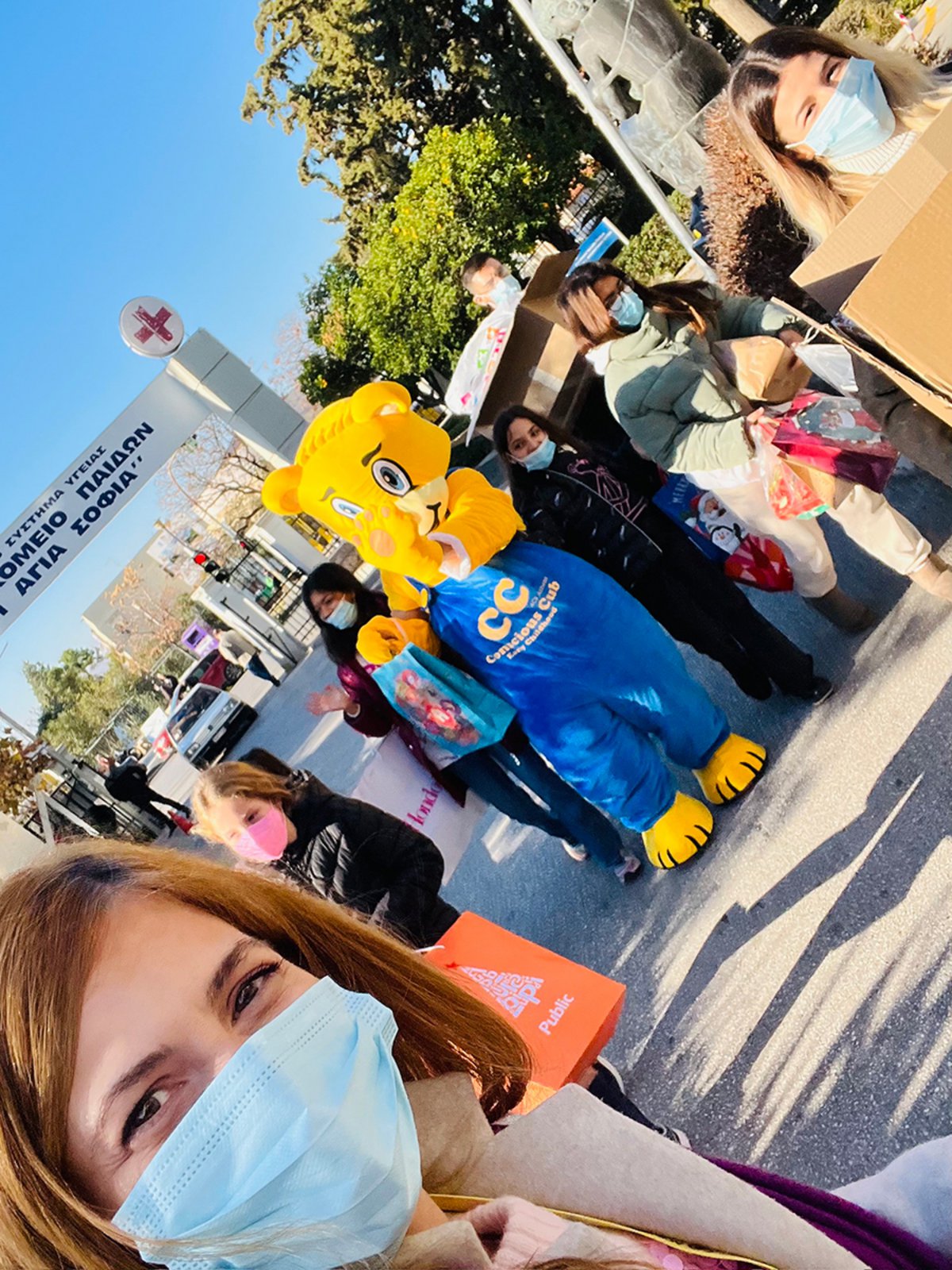 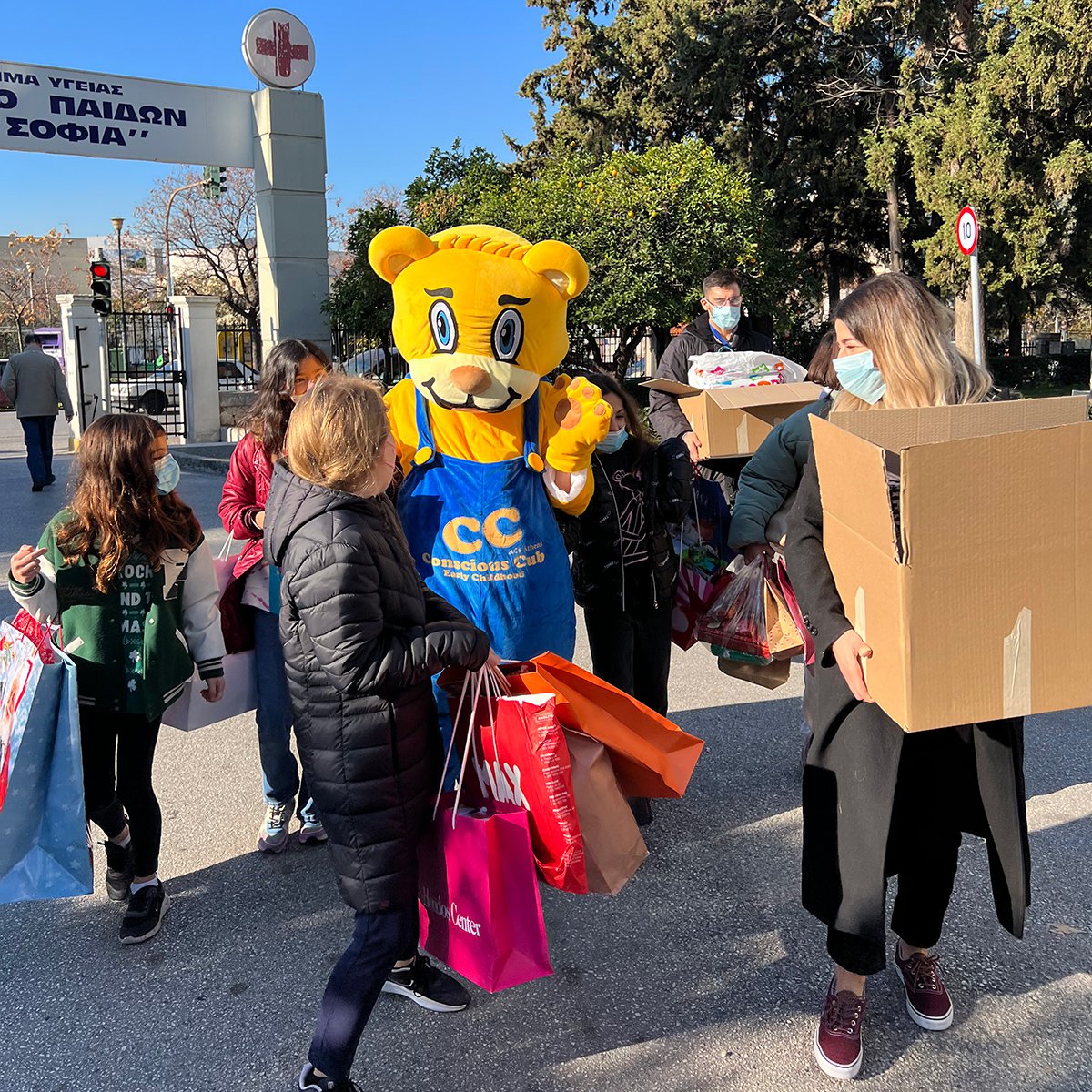 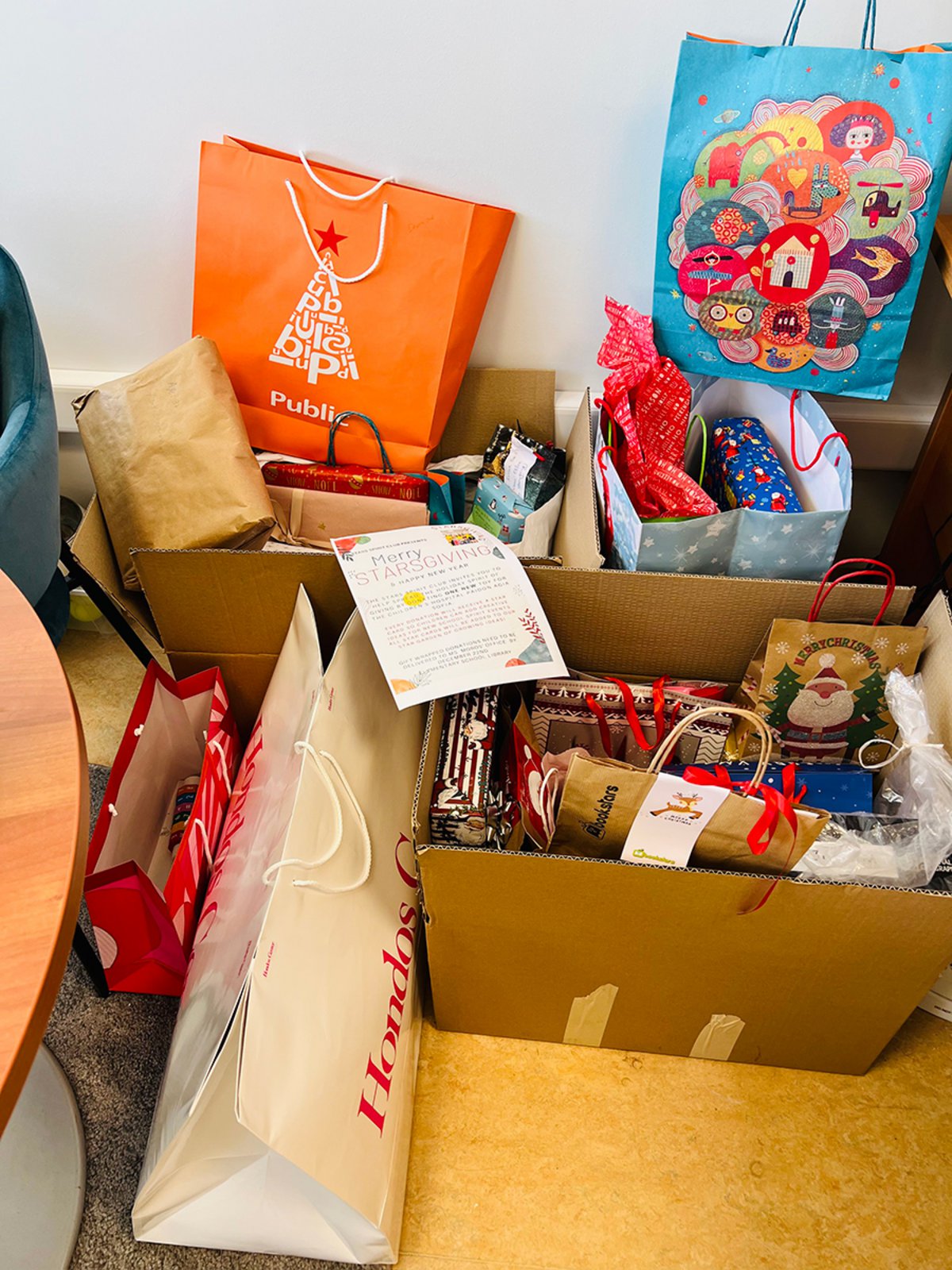 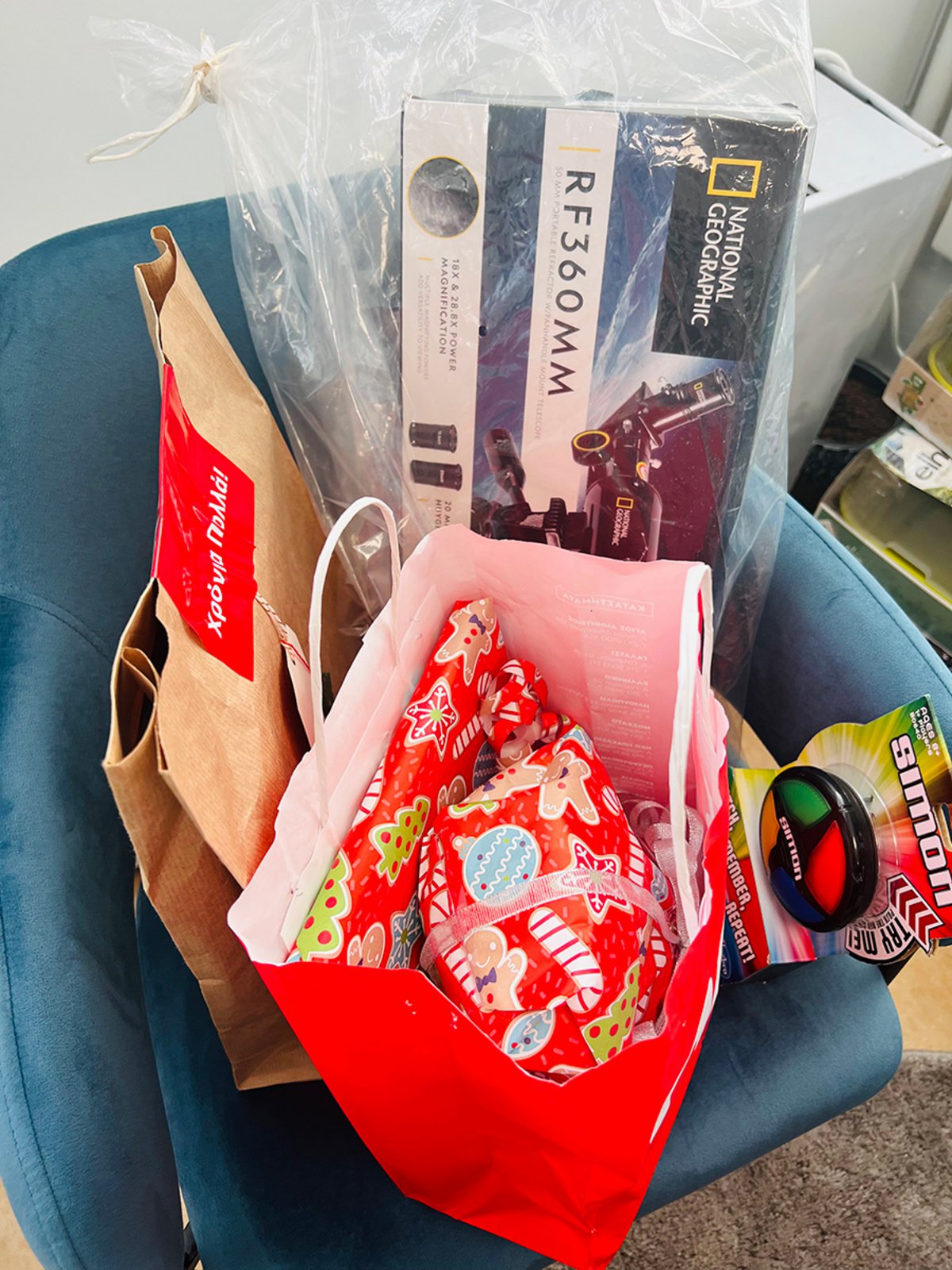