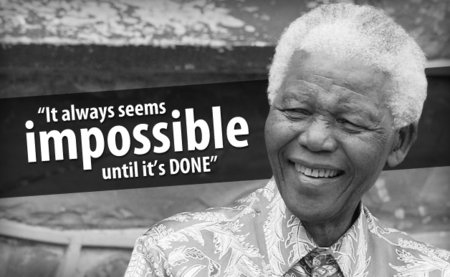 in collaboration with IB Schools in Greece Association

Venue: The Theater at ACS Athens

Please present your invitation at the entrance

Over 300 students from seven Athens area schools worked on their essays for approximately one month...

This event is the most inclusive and collaborative event that has ever been organized by IB schools in Greece. Student learning, creativity, internationalism, social responsibility, fair competition and support for democracy, are just a few of the intended learning outcomes of this event...

Photographs from the Event

Enjoy a photo gallery from the event - which includes among others: lobby exhibit, speakers & guests of honor, the awards ceremony, the competition winners, South Africa dancers...

A unique celebration of 20 years of Democracy in South Africa

The Theater at ACS Athens

The South African Embassy in Athens, in collaboration with the IB (International Baccalaureate) Schools in Greece Association (IBSIGA), has established and administered The Nelson Mandela Essay Competition for IB High and Middle School students, in celebration of the 20 years of freedom and democracy in South Africa.

Faculty members from all IB schools collaborated to propose the essay topics and competition rules as well as to select the judges to determine the final winners. Two levels competed; Junior, ages 13-15 and Senior, ages 16-18. The topics for both levels set by the South African Embassy asked students to explore themes and issues inspired by the thoughts, values and actions of Nelson Mandela. Each school encouraged student participation, checked the authenticity of the essays and provided evidence of it. Student participation was voluntary and faculty, when possible, made curriculum connections to the history of democracy in South Africa and to Nelson Mandela. Over 300 students from seven Athens area schools worked on their essays for approximately one month, from September 22nd to October 24th.

After the submissions were validated by each school, 26 essays were selected to enter the final stages of the competition. On November 17th a panel of judges, comprised of representatives chosen from various IB Schools in the Athens area, was invited to the Embassy of South Africa to judge the 26 final essay submissions.

A special Awards ceremony will be held on December 3rd to honor the students whose essays are distinguished by their ideas, sense of motivation, internationalism, and above all for their contribution to our understanding of the historical significance of South African democracy. We will all have the opportunity to remember Nelson Mandela through presentations, a dance performance, and an exhibition of South African arts and crafts. Attendees will be able to connect with old and new friends at a cheese and wine reception following the program.

This event is the most inclusive and collaborative event that has ever been organized by IB schools in Greece. Student learning, creativity, internationalism, social responsibility, fair competition and support for democracy, are just a few of the intended learning outcomes of this event. The success of the event, as evidenced by the number of student submissions, is further proof of the effectiveness of collaborative and socially meaningful projects.

The event is hosted by the Institute for Innovation and Creativity at ACS Athens and the South African Ambassador, H.E. Mr Sophonia R Makgetla will be presenting the awards to the winning students. The awards ceremony will take place in The Theater at ACS Athens, on December 3rd, 6:00 pm. A reception will follow in the theater lobby. Invitations for the event have been distributed by the Embassy of South Africa and all participating schools.

Please present your invitation at the entrance.