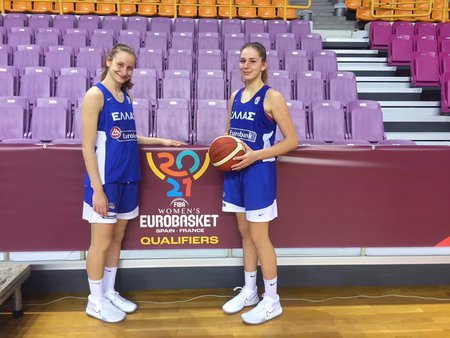 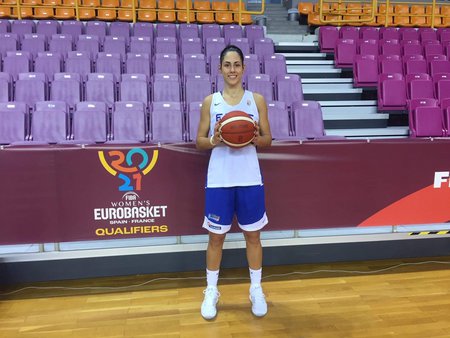 The National Hellenic Women's Basketball team will be competing in Heraklion, Crete, for the 2021 Women's Eurobasket Qualifier Tournament, on November 12 - 14th.

They will be competing against Bulgaria and Slovenia, and their results will determine their qualification in the 2021 European Championship.

ACS Athens has a strong presence in this team, with two of our student-athletes, Elena Bosgana (12th grade forward) and Georgia Grigoropoulou (11th grade, center).

Both players have been members of the Junior National Basketball team in the last few years, and their talent and hard work have now taken them onto the women's roster.

Ms. Ria Pateraki, the Administrative Assistant of the Athletics Department, is the third member of the ACS Athens "squad" as she will be bringing her college playing and professional experience to the court.

"There is no greater honor for an athlete than to have the distinction of representing one's own country in an international athletic competition," Ms. Constantinides, Director of Athletics at ACS Athens says. "On behalf of ACS Athens, I wish them success not only now, but the upcoming years!"

Congratulations and best wishes to our student-athletes and our staff member; ACS Athens is really proud of them!