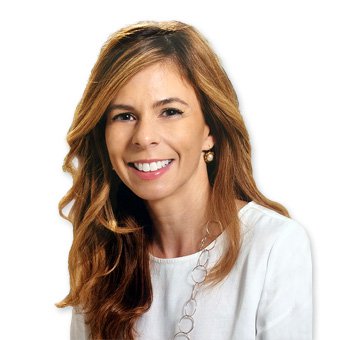 Sophia Moros was born and raised in Chicago, Illinois where she completed her studies at St. Xavier University earning a Bachelor of Science Degree in Elementary Education with a minor in Literature and a Master of Arts Degree in Reading. Sophia began her career teaching second and third grades in Illinois (1998 - 2001), and  after obtaining her M.A. in Reading she worked as a Reading Specialist (2001-2005) between grades K-8 and had the honor to work with Sony Corporation Education to implement an interactive reading program called Lightspan. Through the use of the Sony Playstation, she used educational software as her main tool to successfully bring the lowest twenty-fifth percentile students up to state standards. She has also worked as a Reading Literacy Teacher to ESL students (2007 - 2008), between grades K-6, and worked closely with her colleagues in order to reach literacy goals through team-teaching strategies.

After 9 years of teaching Sophia seized the opportunity to study at Trinity College, Barcelona, and earned both a TESOL Certificate and Business English Certificate. She also taught temporarily at this institute before deciding to move to Athens where she had accepted a position as the Director of English Studies in a large private language school. With sufficient international experience and an open mind to possibilities, Ms. Moros began working at the American Community Schools, Athens in 2009, and provided a nurturing, creative, and empowering environment to her elementary students.

During this time, her professional growth included online certification classes focused on Dyslexia through Buffalo State University of New York (2010), participated in AERO International training for mathematics and social studies standards (2011), took part in the European Council of International Schools (ECIS) conferences –the first in Athens, Greece (2012) and presented in Zurich, Switzerland (2015). In addition to this, she presented at the 9th Annual Learning Difference Conference to showcase an ACS Athens Elementary School initiative program she and Ms. Stavi Dimas created for second grade, called "iteach2!.” In April 2016 she had the privilege of presenting alongside Dr. Andreas Tsokos, the Academy Mathematics educator and Division Chair of Mathematics & Technology, at the ACS Athens Colloquium, in order to demonstrate how Conceptual Mathematics builds computational accuracy.

By June 2016, Sophia was already enrolled in the Academic Leadership Course for Standards-Based Curriculum in Arlington, Virginia U.S.A. in order to pursue her career goal of becoming principal. In the  summer of 2017, she revisited Virginia for continued training through the Office of Overseas Schools, AERO, U.S. Department of State Mathematic Workshop.

She takes great pride in being a member of ACS Athens and is always looking forward to implementing best practices and aligning curricular advances in the elementary school. It is with this boundless enthusiasm and great honor she embraces her continued role as the Elementary School Principal for the fifth consecutive year.