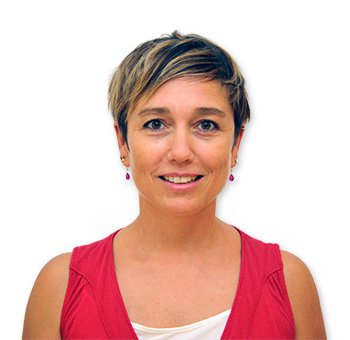 Sarah Kaldelli earned her Bachelor’s degree in Elementary Education from Goucher College in Towson, Maryland, U.S.A. Her Master’s degree in Early Childhood Special Education was achieved from The George Washington University, Washington, D.C. She has also acquired her Degree Equivalency from the Greek Ministry of Education.

She has worked in international schools in Greece, and in the Greek private school sector for the past 23 years. She has taught students with learning differences and disabilities ranging from Junior-Kindergarten to the 12th grade.

This is her 16th year at ACS Athens in the Optimal Learning Program (OLP). For the first 12 years, she was the Elementary School Optimal Learning Specialist and is now working as the Coordinator for OLP. She has experienced many diverse professional development opportunities such as ECIS, NESA, the Learning Difference Conferences at ACS Athens, and ADHD conferences across Europe. She also routinely benefits from online coursework through different universities and programs. She has been a mentor to those seeking teacher certifications and to those doing internships during their academic studies. Additionally, she has authored and co-authored articles for the ACS Athens Ethos magazine. She played an active part in the development and establishment of the ACS Athens Diagnostic Center and continues to collaborate closely with both the Center and the Counseling component of the Student Affairs Department. More recently she participated in the CIS Child Protection and Safeguarding conference in The Hague, and she actively assisted in creating the ACS Athens handbook on this subject. She is an advocate for early intervention, focusing on each child’s best interests, and building each child's confidence to become the architect of his or her own learning.