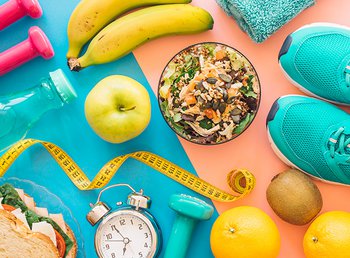 This is a semester course required of all tenth graders, and is a graduation requirement. The course instills in students the skills and knowledge necessary to enhance the health and wellness of self and others across the lifespan. Drawing on knowledge and health issues from the biological, environmental, psychological, social, emotional, physical and mental sciences, students are given the opportunity to apply essential skills to reduce health risks and promote lifelong wellness. Topics of study include: “Emotional & Mental Health;” “Nutrition & Physical Activity,” “Abstinence, Personal & Sexual Health;” “HIV, STD & Pregnancy Prevention;” “Tobacco, Alcohol & Other Drug Prevention;” and “Violence & Injury Prevention.”

Ms Labrini Rontogiannis holds a Bachelor of Science in Cell Biology at McGill University (1994) and a Bachelor of Education, specialization in Science and English Literature, also from McGill (1998). She has also received a M.Ed. specializing in Educational Technology through an online program at the University of Calgary (2011).

Ms. Rontogiannis was born and raised in Montreal, Canada and moved to Athens in 2004. She taught for a number of years at a public school in the Greater Montreal area. She has been teaching at the ACS Athens Middle School since 2005 and she takes pride in getting involved in all aspects of student life; both in and out of the classroom.  She has taught both Language Arts and Science in the Middle School and Academy.

Ms Rontogiannis has also taken part in many professional development opportunities both in Athens and abroad, as well as presented her own work at a number of conferences. In 2014, she presented at the ICALT conference in Athens, and was the recipient of the Best Poster Award. She has also designed and implemented both the Online Summer Health course that she has been teaching since 2014, as well as the eighth grade i2Flex Health course that she designed and taught in 2016.

This year Ms Rontogiannis is very proud to be involved with two courses within the ACS Athens Virtual School; Environmental Science and Health.