Completion of at least 4-5 years of German language courses or based on a placement test. 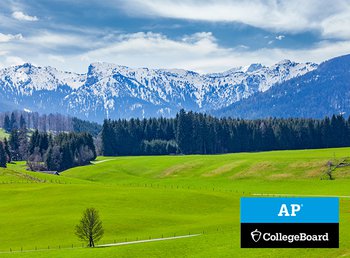 This is an online German course for learners who have completed at least four to five years of German. This course prepares students for the AP German Language and Culture exam. On a highly advanced level, students refine important grammatical structures while learning specific vocabulary to communicate in German on a variety of topics.  According to the AP College Board requirements, themes such as Persφnliche und φffentliche Identitδt, Familie und Gesellschaft, Alltag, Schφnheit und Δsthetik, Naturwissenschaften und Technologie and Globlisierung are discussed and aligned to the German culture with every opportunity. Learning activities and assignments are completed based on these themes and follow the AP College Board exam requirements.

Ms. Arnold earned a Bachelor's Degree in German Linguistics and Literature from the National and Kapodistrian University of Athens in 2007, where she graduated with honors. Ms. Arnold also obtained a Master of Arts Degree in Education and Media from the University of Rostock in Germany in 2014.

She specializes in teaching German as a foreign language. In addition to German and English, she also speaks Greek and French.

A member of the ACS Athens faculty since 2010, she participated in our educational i2Flex program in 2013 and developed a specific Blended-Learning concept for her German classes, adapting our ACS Moodle template accordingly. Using the i2Flex model, she teaches the Middle School and High School students German, as well as develops e-learning concepts for foreign languages in general, which will be applied to her academic research.

Ms. Arnold co-authored a chapter in the 2016 publication "Revolutionizing K-12 Blended Learning through i2Flex Classroom Model." In addition, she provides professional development (presentations, workshops, and webinars) to other foreign language teachers in Greece and abroad.

Since 2017 Ms. Arnold has been working as an accredited TestDaf examiner. TestDaf is one of the mandatory language proficiency tests for foreign students who want to enter a German university. Also, she has been an IB Group 1 Examiner for German A Language and Literature HL since 2018.

Ms. Arnold was born and raised in Germany and moved to Athens in 1996.