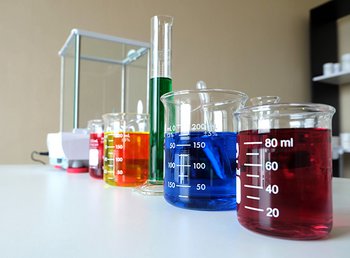 Dr. Kerkines received his B.Sc. in Chemistry (1997) and his M.Sc.(1999) and Ph.D.(2003) in Physical Chemistry from the National and Kapodistrian University of Athens (NKUA) under the direction of Aristides Mavridis.

He worked as a postdoctoral researcher at the NKUA (2004-2006) with Aristides Mavridis, at Emory University in Atlanta, GA, USA (2006-2008) with Keiji Morokuma, and at the National Hellenic Research Foundation (2008-2011, 2013-2015) with Ioannis Petsalakis and Nektarios Lathiotakis. His research focus has been the application of Quantum Chemistry to novel main-group and transition-metal chemistry, as well as to the study of the interaction of materials with light for modern energy applications.

Dr. Kerkines has been teaching Chemistry since 2000. Before joining the ACS family in 2017, he had worked in the private sector as a content creator for e-learning courses and phone support for students from 4th to 12th grade (Chemistry, Physics, Math, Geography, Biology) as well as in a tutoring center for Panhellenic examinations. He also worked as a quality control head in a cosmetics company, being responsible for ISO and ΕΟΦ accreditations. At ACS, he has taught IB Chemistry HL/SL and IB Environmental Systems & Societies SL. He is excited to bring to the classroom his mix of experiences.

Dr. Kerkines has been author or co-author of over 30 research papers in international peer-reviewed journals and has presented his work in scientific conferences in 12 countries. He has received scholarships from the Association of Hellenes from Egypt, the Hellenic State Scholarships Foundation, and the Marie Curie Foundation (twice). He is the recepient of the 2008 Atlanta Area Chemical Physics award for his postdoctoral research, and he has briefly worked at CERN (Switzerland) and Karlsruhe University (Germany) as a visiting scientist. A firm supporter of the communication of science to the public, he received the honor to give invited talks at the Athens Science Festival/Cafe Scientifique Athens (2016), as well as at the inaugural Pint of Science Greece (2018).

Dr. Kerkines was born and grew up near the center of Athens, Greece. In his spare time (which he has almost none), he enjoys lifting weights and engaging with website design and development.