American Studies / for students who have completed a Gr. 9 Social Studies course

Placement in the Honors section of this course requires: Completion of all assigned Honors summer work; Teacher recommendation based on Q1 performance and grade (minimum B and above); Honors Placement is finalized after Q1. 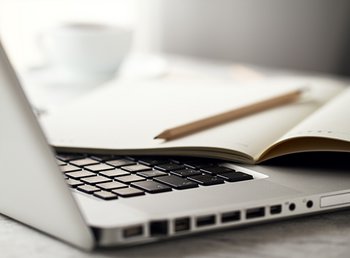 The American Studies Sophomore “Combo” fulfills the curriculum goals for 10th grade English Literature and 10th grade American Studies at Standard level. It is an interdisciplinary and each unit is integrated based on themes and a series of essential questions posed to the students. This course challenges students to excel in writing, reading, speaking, listening and contextual analysis.

Learning Goals:  Students utilize content, and materials, from both disciplines, to answer the essential questions for each unit. They will integrate the knowledge of history, culture, and political-economic systems in America, with the study of literature, language, and writing skills. Students will learn the elements, genres of literature, and modes of writing.

Leonidas (Leo) Gontzes is a historian and a political analyst born in New Jersey and raised both in the U.S. and Athens, Greece. Mr. Gontzes has a Bachelor's degree in History from Emory University (Atlanta, Georgia, USA), and two graduate degrees in European History from University College Cork (Cork, Republic of Ireland) and Diplomacy, with an international conflict management concentration, from Norwich University (Northfield, Vermont, USA). He has been teaching History, Government and Politics, and International Relations at several international institutions in the Greek capital and abroad since 1999 at secondary school level as well as on the graduate and undergraduate levels. He has taught at New York College since 2001 and at Empire State College (State University of New York) since 2007. Moreover, he held the office of Associate Dean heading New York College's International Relations Department from 2008 to 2018. His responsibilities have also included the office of Academic Director of Graduate Studies at the New York College Educational Group in Athens, Greece, for a total of ten years (2006-2016).

His papers include: "Re-Examining the 1925 Bulgarian Incident", "To what extent has the United States used the international economic system in order to exert power in global politics?", "Evaluating peacekeeping, peacemaking, and peace enforcement in Kosovo", "Security and Post-Conflict Reconstruction in Kosovo", "Organizing and conducting a future military intervention in Bosnia-Herzegovina". He has co-authored articles for CNN Greece on U.S. foreign policy in the Middle East and Eastern Europe, and has appeared several times on Greek and Arab television, as well as Radio France International, as a political analyst vis à- vis U.S. and Greek political developments.

In 2017-2018, Mr. Gontzes taught Sociology and IB Theory of Knowledge in the Academy at ACS Athens. Last year he taught Grade 7 Social Studies. This year he will be teaching IB History Years I and II, American Studies Combo Grade 10, and Social Studies: Psychology and Sociology (Grades 11 & 12).