Completion of MGL-M or equivalent 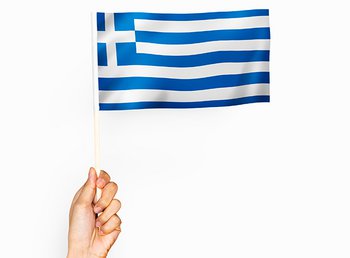 This is an online Modern Greek Language course for learners whose Greek is a native or second language. The four language skills – reading, writing, listening, and speaking – are expanded to a more advanced level through Art texts and virtual experiences. Learners review and refine important grammatical structures while learning new vocabulary on a variety of topics. Greek culture is introduced with every opportunity. This course requires analytical thinking and use of the Greek language. Themes such as art, history, civilization, technology, media, are discussed. Learning activities and different assignments are completed based on the above-mentioned themes.

She is a member of the Greek Applied Linguistics Association. She has attended IB Middle Years Program conferences in Athens and Istanbul, several Learning Differences Conferences held at ACS Athens, two NESA conferences in Athens. She has presented her work in two conferences for graduate students of Museum Studies organized by the University of Athens, Museum Research section.

In April 2016, she presented her work on the "Effective implementation and positive influence of the i2Flex methodology in a multi-level Language class" in the ACS Athens Colloquium.

Through her experience and knowledge she supports, encourages and inspires children. She is an enthusiastic, motivating teacher that creates diverse, exciting and provoking challenges to promote learning.