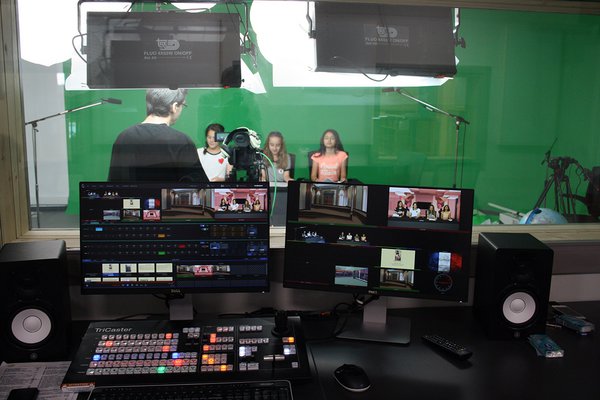 If you are wondering what a media studio is then… don’t miss the chance to stop by the 2nd floor of the Sabbagh Library every day 10 am to 2 pm and by appointment. Mr. Thanasis Palos is always willing to introduce you to the AV methodology such as Film, TV and New Media Pre-Production, Production, Post-Production, and to initiate you to the AV language, with a twelve level experience method (screenwriting, photostory and animation, short film, video CV, documentary production, documentary trailer production, film analysis, film trailers, television production, video campaign, the audiovisual language in the classroom, accessibility in Theater, Cinema and TV.

Q. Where is the Media Studio located?

The Media Studio is located at the 2nd floor of the Sabbagh Library.

Q. When is the Media Studio open?

Every day 10am-2pm, and by appointment.

Media Studio is addressed to everybody in the school.

Q. What does the Media Studio offer to students?

Q. When may a student visit the Media Studio?

A student may visit the Math / Science Studio:

Q. Do students need to make an appointment to visit the Media Studio?

No. They are always welcome.