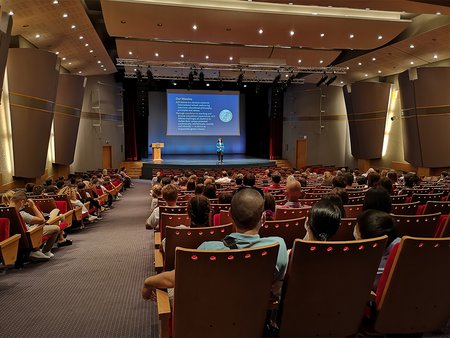 Earlier today, ACS Athens welcomed new students and parents on campus for their orientation, as classes begin in a few days.

Keeping all health and safety measures, new students and parents were able to visit ACS Athens, learn more about the school and get a tour of the campus.

New students and parents gathered in the ACS Athens theater, where President Dr. Peggy Pelonis welcomed everyone and talked about the new school year.

Ms. Julia Tokatlidou, Dean of Academics at ACS Athens, also welcomed guests, wishing the best to all students for the new year ahead.

School principals also greeted the audience warmly, inviting everyone to join them for a tour around the campus right afterward.