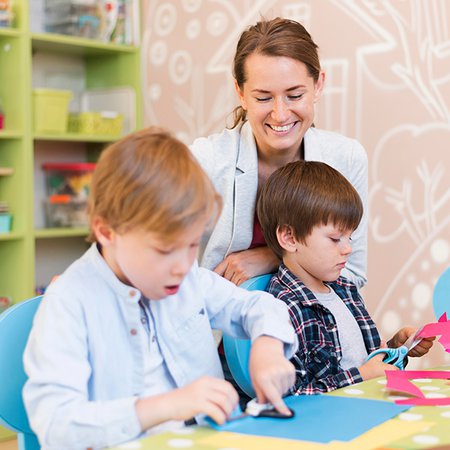 "Bridging the language gap: Today, a second grader with very limited English was in tears. Ms. Moros and I recruited another second-grader who spoke his language to help us figure out what was wrong.

Together with our young translator, we managed to uncover the source of sadness and helped him return to class in a lighter mood.

As we left them, we were reminded that just one year ago, our young translator had been in precisely the same position - sad and frustrated because he could not understand all the English around him.

Now, one year later, he was proficient enough to help one of his classmates bridge the language gap.

Being able to witness a young child's rapid rate of learning is incredible, indeed. Watching that same student's reaction when he realizes his own learning growth, is priceless."