The Drexel University "Dragons" NCAA Division I Women's Basketball team came to Greece this summer as part of their "International Tour." The team visited historical sites, learned about the Hellenic culture, and competed in "friendly" competitions in Athens and Thessaloniki. On August 17th, Drexel played in the ACS Athens gymnasium against the Greek U16 national team, in which three of ACS Athens student-athletes are members of. The two teams played an exciting game under a great atmosphere, and it provided an opportunity for good competition for both teams, with Drexel winning the game. The ACS Athens student-athletes played well, proudly representing their country.

The Drexel delegation enjoyed a tour of our campus led by the Director of Athletics, Ms. Annie Constantinides. A highlight of the tour was seeing Drexel's current swimmer and former ACS Athens student-athlete, Stathis Malamas' name on the swimming record board and on the "Wall of Fame." ACS Athens and Drexel University have developed a long-lasting relationship promoting high-level and meaningful sports opportunities for student athletes. ACS Athens Athletic Department hopes that this collaboration will continue in years to come. 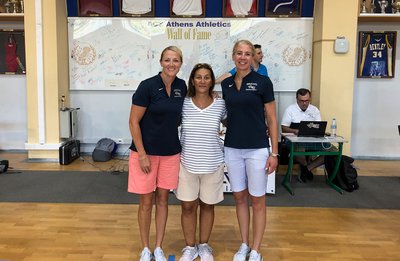 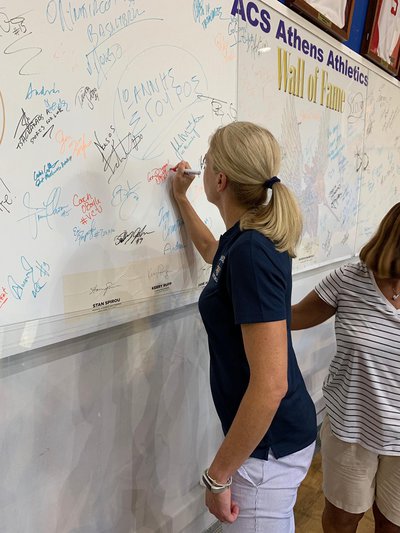