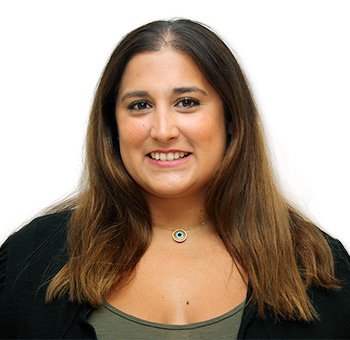 Evi Evloyias completed her studies at Wheaton College, MA and graduated with honors from the American College of Greece (Deree) with a B.Sc. in International Business and European Affairs with a minor in Economics. She has earned a Master’s degree in International Educational Leadership from Wilkes University. Ms. Evloyias was born and raised in Greece.

Ms. Evloyias is certified to teach grades K-6 from the state of Florida, and has completed the educator preparation institute at NCATE, University of West Florida. She participated in the 2016 ACS Athens Colloquium, where with her team presented Exploring Colonial America through research-based creative writing: a 5th grade project. She has attended all the Learning Differences Conferences that have taken place at ACS Athens and has worked closely with the OLP department. Ms. Evloyias has also participated in math workshops led by Erma Anderson on Conceptual Mathematics and Dan Meyers on the Art and Science of Mathematical Storytelling, as well as science workshops led by Dr. Abour Cherif on Spurring Creativity in Science. She currently participated in webinars led by Chris Charnitski focusing on the K-5 Critical Areas in Science as well as webinars geared towards online learning and assessments.  She is a representative of the Near East South Asia Council of Overseas (NESA) and an AAIE Fellow. Moreover, she has been an advisor for the Honor Code and Student Council in the Elementary School. Ms. Evloyias is currently part of the Professional Development Team at ACS Athens and the New Faculty Orientation Program.

Ms. Evloyias is an ACS Athens alumnus and started working at ACS Athens as a Shadow both in the elementary and middle school. This experience has given her a unique insight into the longitudinal educational experience of students in elementary, knowing both where they have come from and where they need to be when they reach middle school. Ms. Evloyias has also taught fifth and fourth grade and is excited to be teaching second grade this academic year.